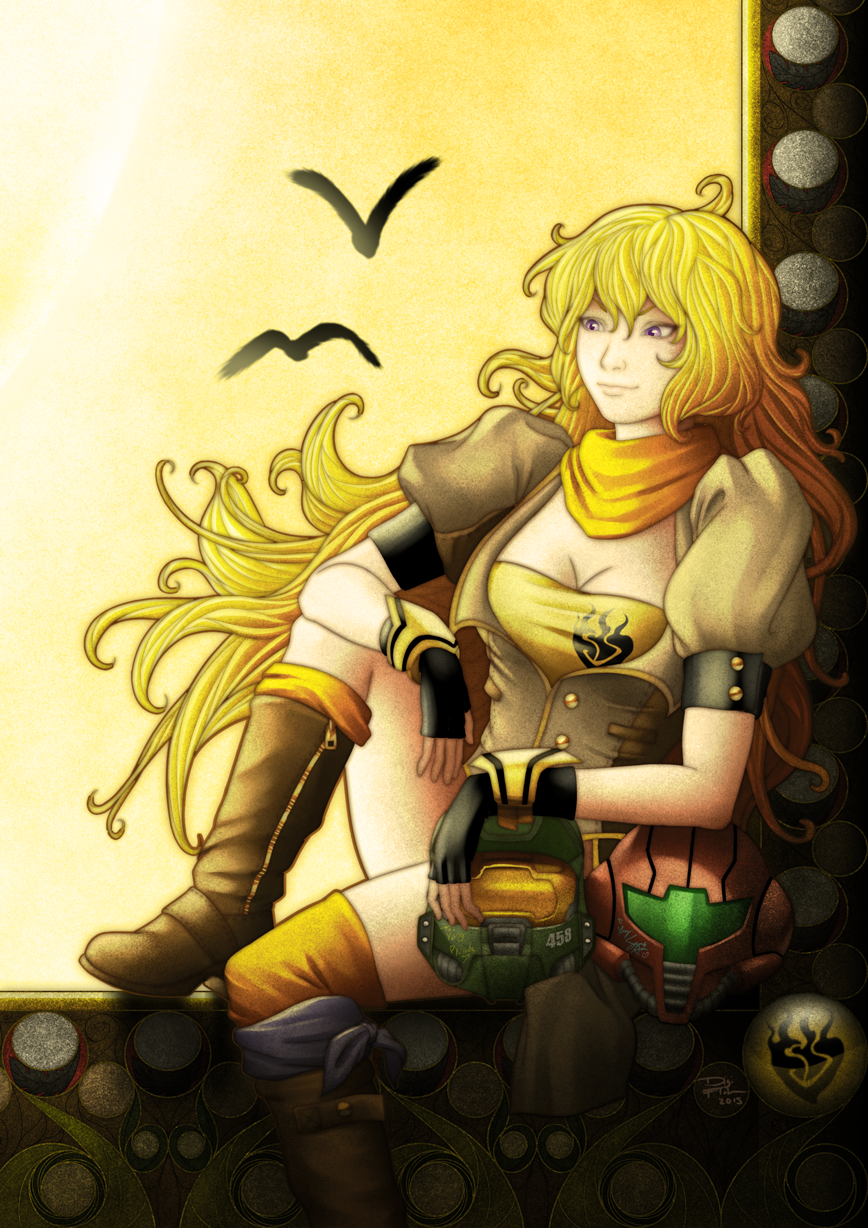 Yang Xiao Long from the web series RWBY (pronounced “Ruby”) created by Monty Oum and produced by Rooster Teeth.  She is voiced by Barbara Dunkelman.

Side note: Those helmets are a reference to Monty’s Haloid.  The spartan helmet belongs to Spartan-458 (Nicole), not Master Chief.  She’s an unluckable character from Dead or Alive 4. While her appearance in DoA4 isn’t canon, she is still part of the Halo universe.

This was done as part of a tribute to Monty Oum, who passed away on February 1, 2015.

You can view the full image here.