Welcome to the Valley 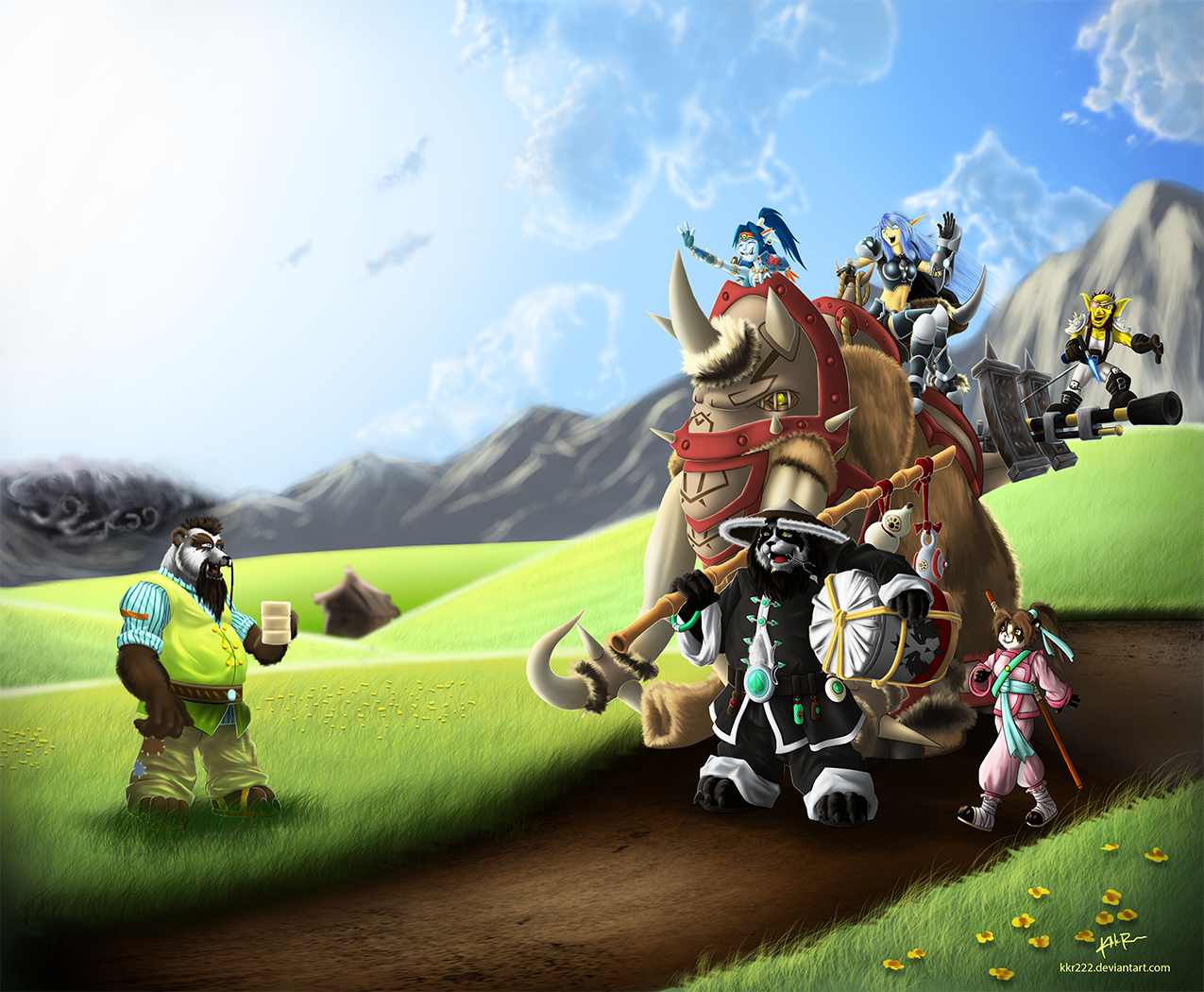 World of Warcraft: Mists of Pandaria featuring the player, Chen and Li Li Stormstout, and Mudmug.

I had this image in my head when I started questing in the Valley of Four Winds zone. The idea was outsiders arriving on the new continent. Mudmug would represent the continent of Pandaria, while everyone else would represent outsiders.

While working on this, I tried to include bits of the previous expansions to represent those outsiders:

All of the above, meeting Mudmug for the first time.

… and also some looming danger over the horizon.

Featured on Blizzard Entertainment’s Heroes of the Storm for Li Li Hero Week.